Budva has everything for a perfect holiday – pebbly and sandy beaches, ancient architecture, noisy entertainment, lonely and green places, many restaurants and a clean sea.

There is no strong difference in temperatures, excessive rainfall and strong winds. The red tiled roofs of the classic Mediterranean town are pleasing to the eye, and the walls of the Old Town carefully preserve history.

It is one of the oldest cities on the Adriatic. It is about 2500 years old.

Both Greeks, Romans and Venetians left their traces in the history of the city. During its existence, the city was destroyed during the Turkish raids, was under the domination of the Austrians, French, Russians and Germans.

Citadel in the old town of Budva

The old town of Budva pulses like the heart of the entire Budva Riviera. Walk along the cozy stone streets to the Citadel, a fortified structure with powerful walls, watchtowers and bastions. There is a bas-relief with the symbol of Budva – two intertwined fish in the Citadel. 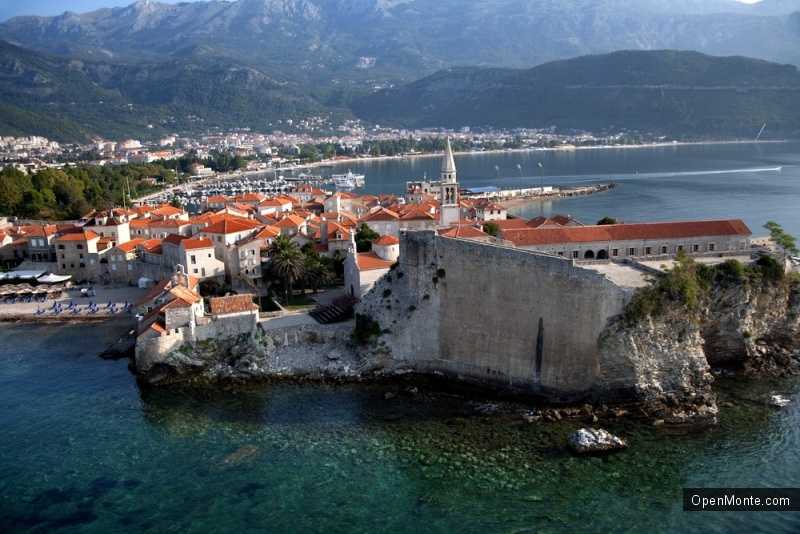 Citadel in the old town of Budva

There is the Catholic Church of St. John which is located in the square in front of the Citadel. Its bell tower rises above the whole city. It was built in 1867.

There are other cultural and historical monuments nearby, such as the oldest church of Santa Maria in Punta, built in 840, and the Church of St. Sava, from which, according to legend, the founder of the Serbian Orthodox Church began his pilgrimage to Jerusalem.

People can get acquainted with the history of Budva in the Archaeological Museum, which is situated inside the Old Town. There are decorations, coins, dishes and other household items, many of which were found during the excavations of the Budva Necropolis. The necropolis was discovered in 1937 when the Avala Hotel was being built, and there were about 450 burials from the pre-Roman and Roman periods. 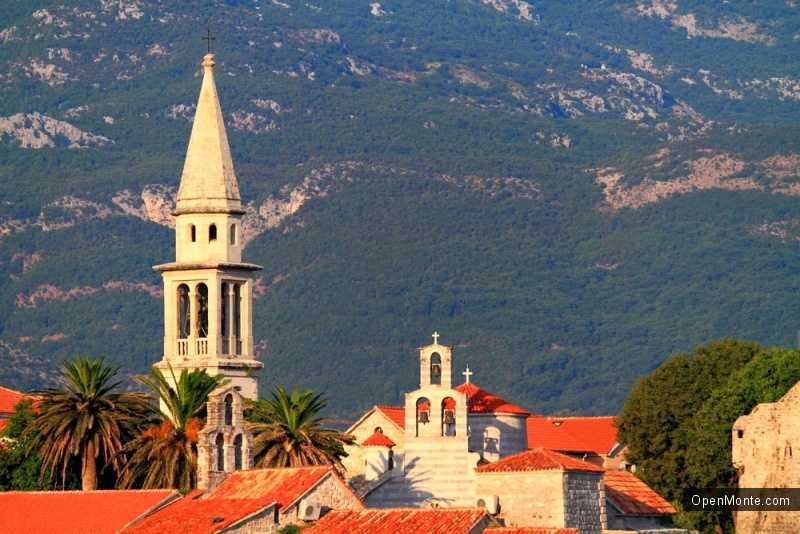 The biggest beach in the city is Plage de Slovenska, which is usually too crowded during the season. The promenade and Slovenska Obala Street, the main walking areas of the city, is located along it. Musicians makes different performs here, souvenirs are sold and cozy cafes friendly open their doors.

At the end of the beach the peninsula of Zavala is located, passing through a tunnel under which you can get to the neighboring village of Becici. The beach in Becici is much wider and longer.

Almost all cafes have a menu in Russian. Waiters, sellers and even taxi drivers are got used to Russian-speaking guests that they can often speak in Russian. There are a lot of Russian-speaking people living in the city: there are Russian doctors, a school, and clubs of interest.

The island of St. Nicholas is located in the sea just opposite the city. It is called the local Hawaii. You can reach there by motorboat and spend time on the beach overlooking Budva. The church of St. Nicholas is also located on the island. Rare species of animals are walking in the woods. 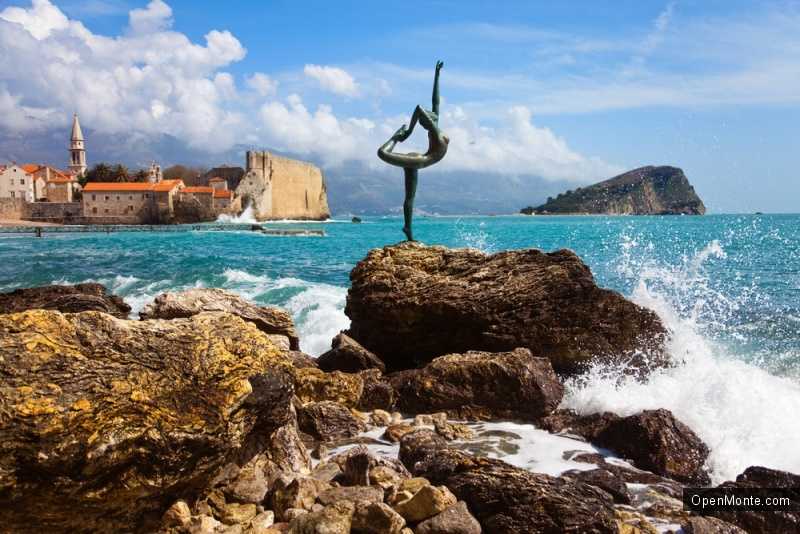 Monument to the ballerina on the background of St. Nicholas

Paragliding is one of the most popular paragliding sites in Brijichi for a paraplaner jumping, and the flight takes place just above Budva.

During the summer season, life in Budva turns around the tourists. There are different services like a horse club, a bungee jump for jumping, a possibility to ride on a parachute fixed on a long rope behind the boat (parasailing).

The Adriatic route passes through the city (otherwise the Yadran route), therefore it is convenient to travel from here to any part of Montenegro.

You can visit ancient fortresses and monasteries on the outskirts of Budva and in the countrysides of the city. For example, the Podmaine Monastery (or Podostrog), built in the XII century, is actually presented as a fortress. It is surrounded by a high fortress wall with loopholes and a tower, and there are two churches and outbuildings inside the walls.

It is definitely worth to go (or walk) to St. Stephen’s Island. This small island is visible from the city and is only a couple of minutes away. The atmosphere and appearance of the fishing village is preserved, but each of the houses is a luxurious hotel room. 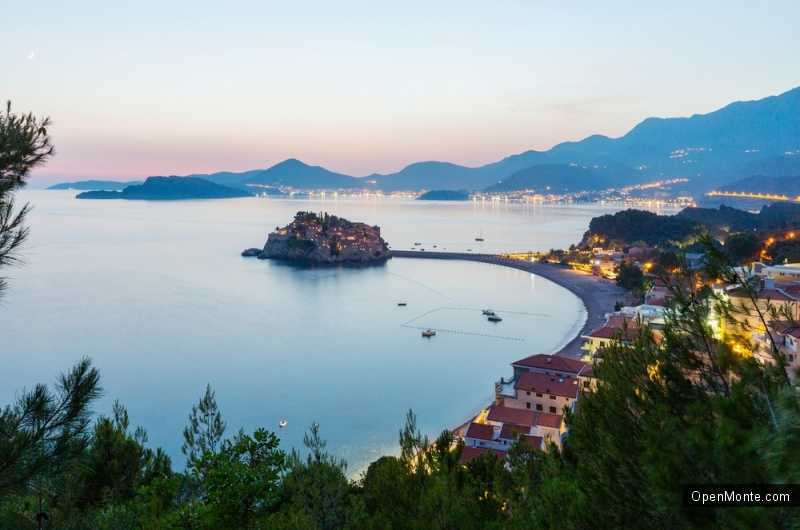 Only guests can get to the island itself, but the beautiful view of St. Stephen’s from the observation deck is worth to make a short walk. The best Montenegrin beaches are very close to the island.

Budva from a bird’s eye view