Petrovac is called the ideal place for rest with children, for recovery and for pleasant doing nothing.

Petrovac city is located in Montenegro in the center of the Adriatic coast, 17 kilometers south of Budva. It is well protected from the wind, because the city of is surrounded by mountains on three sides, and the fourth lies on the shore of a semicircular bay.

There are two small islets Katic and St. Week, which are located directly opposite the town, and add charm to the bay.

According to the ancient Roman mosaics, the first settlement appeared here in the III century A.D. near the village of Krs Medinski behind the church of St. Elijah. 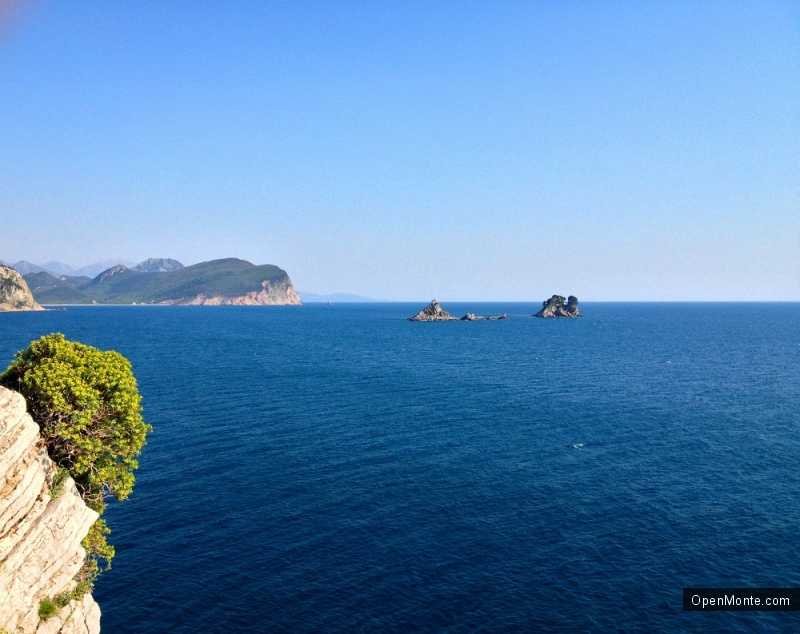 The Venetians built a fortress called the Castle of Lastia in the northern part of the bay in the 16th century. So they tried to prevent pirates’ aggression on this side of the Adriatic. 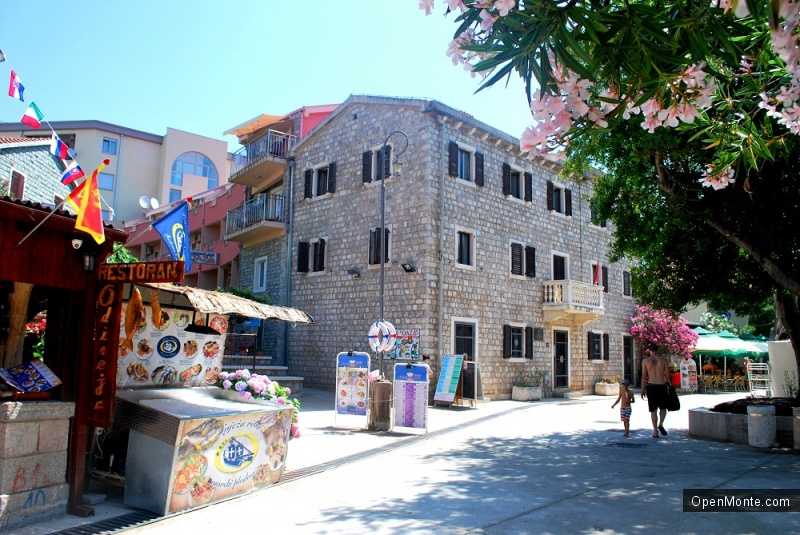 The name Petrovac was given to the city only in honor of the King Peter of the Karadordević dynasty at the beginning of the 20th century; sometimes the city is called Petrovec by mistake.

How to get to Petrovac?

It is convenient to get to Petrovac from both Podgorica and Tivat. It will take no more than an hour from both international airports (from Podgorica airport – 50 km, and from Tivat airport – 35 km). Petrovac is connected to Budva, Bar, Tivat, Kotor, Podgorica, Cetinje and Nikšić by regular bus service. First of all quiet and calm Petrovac in Montenegro is appreciated for its excellent conditions for beach holidays. The resort has two large beaches. The beach season in Petrovac starts in April and lasts until October! 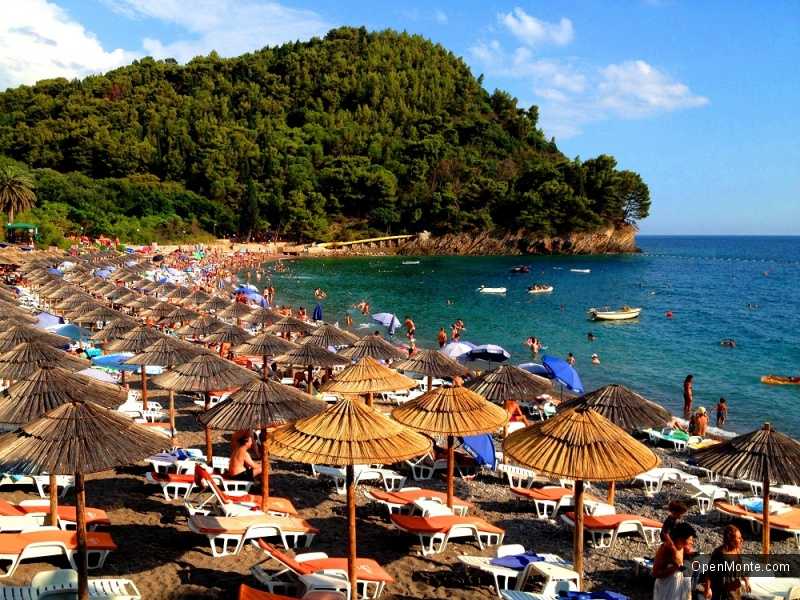 The length of the beach “Petrovac” is almost 600 meters, it is covered with fine pebbles or sand. There are also small concreted areas. The beach has everything you need for a comfortable rest: you can rent 2 sun loungers and an umbrella for 10 euros per day, or just lie on your towel for free. The main city beach occupies the entire coastline, the promenade with cafes and restaurants is located among it.

The second beach, where guests of Petrovac prefer to stay, is located a little to the left of the central beach. It takes 10 minutes walk on an asphalted path laid through a pine forest. This is a picturesque beach “Lucice”, surrounded by olive and pine trees and rocky cliffs. 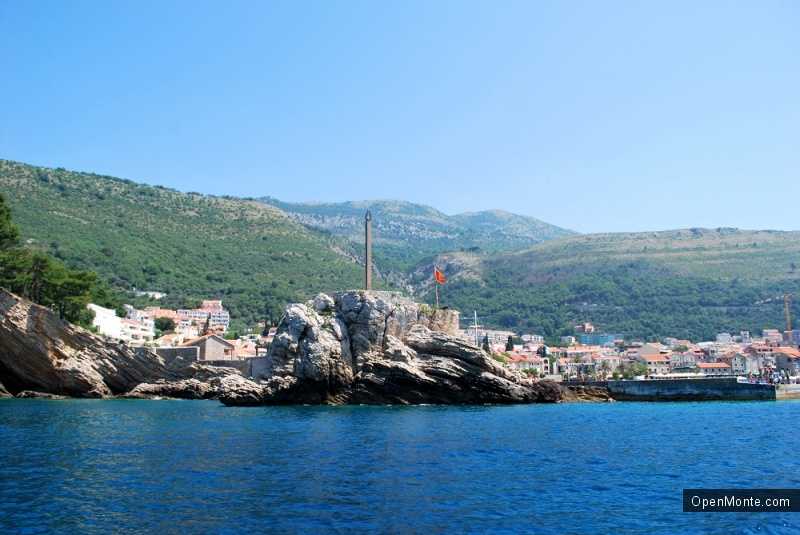 This beach is covered with shallower pebbles; the entering to the water is gently sloping. The length of this beach is just over 250 meters. You can also hire sun loungers and umbrellas here.

You can find a place on the Lucice beach even in the peak of the resort season. You have to walk from the city to it, and there are no major hotels around the beach, that is why there is more freedom than on Petrovac beach. 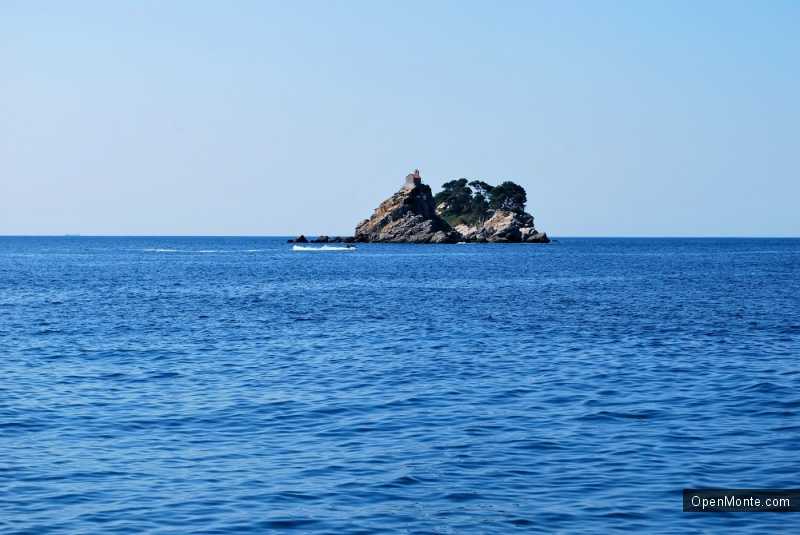 The Venetian fortress of Castello is located on a protruding sea cape. The fortress has a great view from the observation deck.

Nowadays there is a restaurant in the castle and a small pavilion next to it, where you can see ancient Roman mosaics.

Another interesting place in Petrovac is the tiny church located on the Saint Week island, which, according to legend, protects sailors. 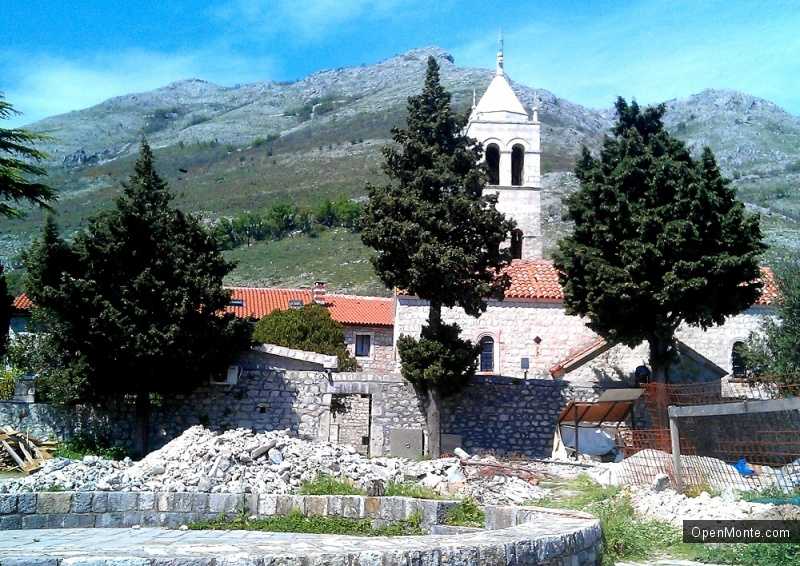 It was built on donations from the sailors, the idea belonged to a Greek sailor who escaped the shipwreck on this island.

It is impossible to stay away from the sea in Petrovac and not to go on a voyage. Here you can ride along the coast, see the famous island of Sveti Stefan from the sea side or take a boat trip with a transparent bottom.

There are several lonely coves to the right of the coast, which can be reached only by motorboat. You can have a small parties here, and it will be an unforgettable birthday for all your guests. 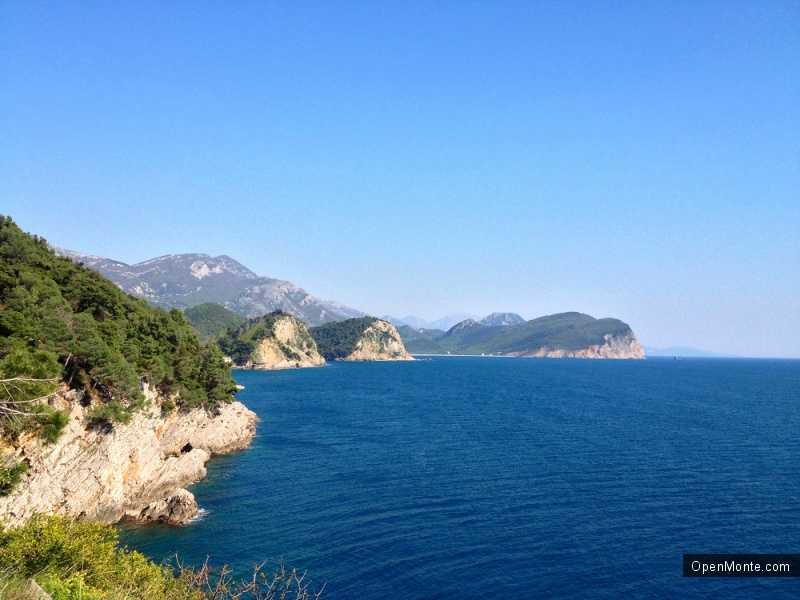 Ride a catamaran or jet ski, go diving or fishing, or just walk, because Petrovac is hard to get bored with! It is said to breathe deeper, because the air here is endowed with amazing healing properties.

Numerous villas and hotels are located from the coastline, a gentle amphitheatre up the slopes of the surrounding mountains. There are inexpensive options for undemanding tourists and luxury apartments for guests who appreciate comfort among them.

Many hotels and private villas offer guests full board or breakfast or dinner optional. If you don’t want to eat at the hotel, Petrovac has a lot of cozy, inexpensive restaurants, where is cooked very well.

You can also have an inexpensive snack in the coastal cafes: pizza and drink will cost only 2-3 euros! A vacation in Petrovac will be much better if you combine it with the bright and cheerful holiday “Petrovacka Nacht“, which is held on August 31 every year. On Petrovacka Night you can taste local cuisine, taste wines and get acquainted with the local culture.

Petrovac from a bird’s-eye view.