Главная — Vacation in Montenegro — Tivat – the city of lucky destiny

When you come to Montenegro you land in the Tivat airport, but Tivat is located 4 km far from the airport. Driving in different places of the country, people miss an opportunity to visit this charming seaside city.

Tivat is located in a very beautiful place – I the bank of Tivat bay of the Boli-Kotor bay, which is the biggest in the Adriatic Sea. There are wonderful sights of the bay, surrounded by the mountains, are seen from the airplane.

The first Illyrian settlement on a place nowadays Tivat was in III B.C. According to one of the versions, the name of the city connected to the name of the Illyrian queen Teula, who was owner of those lands.

The history of Tivat contains different periods, Roman-Byzantine comes after the Illyrian period, then Serbian, Venetian-Turkish, Austrian, and finally Montenegrin.

They left their trail not only in the city, but all over the municipality with its center Tivat. For example, building of the Mikholska Prevlaka Abbey is related to the time of Serbian medieval government. This abbey is situated on the Island of flowers (it is also called Prevlaka), located nearby.A small land bridge leads to the island and the monastery church of the Holy Trinity. 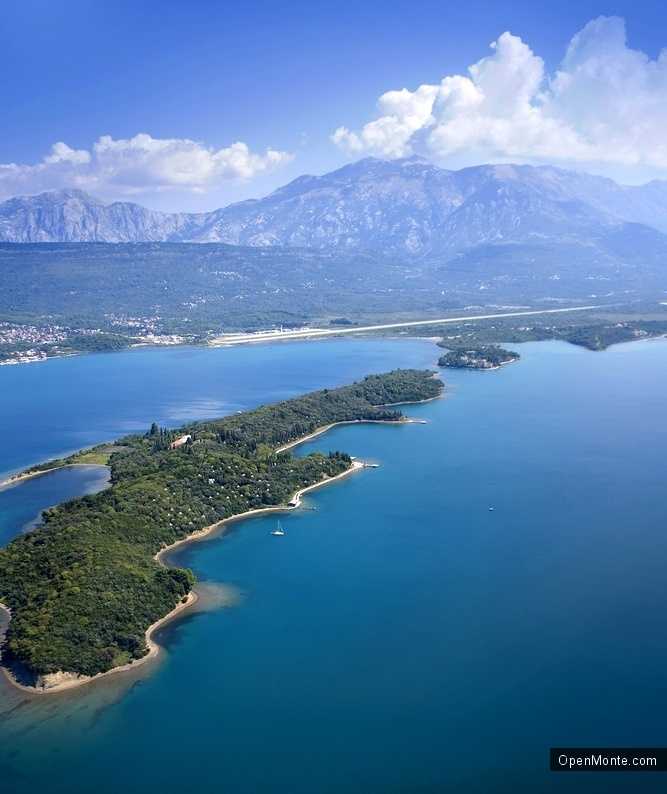 The island of flowers near Tivat

There is an island, called St. Mark Island, is located besides the island of flowers. It is also called Stradioty. The entrance is closed now. It is planned to build a luxury resort there. The third small island called Otok (or Gospa od Milosti) on which the Jesuit monastery is located continues the “island line”, that extends into the bay.

The next period – the reign of the Venetian Republic – includes a well-preserved complex of buildings in the city, called the country house of Bucha (Letnikovac Bucha). It was built in the 16th century as a summer residence for a noble family. In addition to residential and household buildings, there is a small chapel of St. Michael on it.

Nowadays it is managed by the Cultural Centre of St. Michael. It now houses a museum exhibition, an art gallery and a summer stage in the garden of the country house.

Not far from the Cultural Centre there is a beautiful Botanical Garden, created during the Austrian period of the city’s life.

Then, in 1892, a decree was issued ordering the captains of long voyages to bring in various exotic and ornamental plants from their travels, which later took root in the local climate.

In the same period, the naval port of Arsenal was built. It is believed that it was thanks to him that Tivat began to acquire urban features. Today the Arsenal does not know – now in its place is a luxury yacht-marina Porto Montenegro. 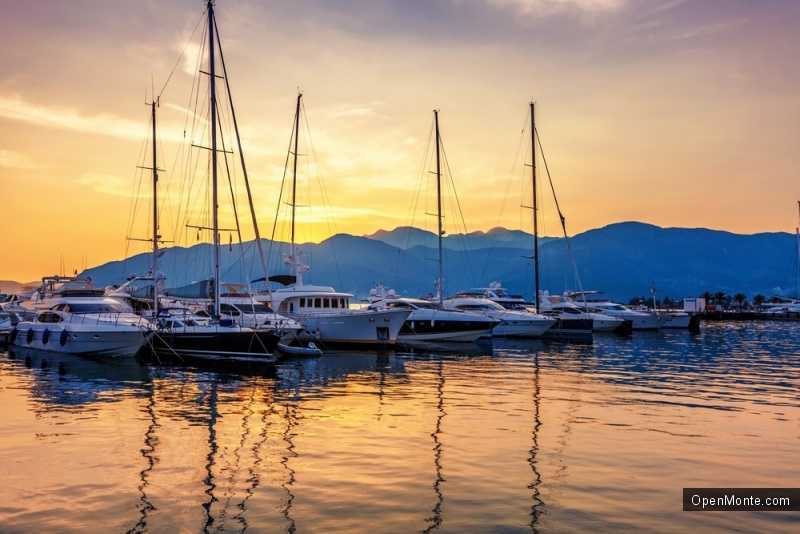 Yacht in the Tivat

In fact, this is a small “city in the city” – cozy streets, upscale restaurants and shops, beautiful design solutions and apartments designed for recreation of the highest category – all this was developed and created by a Canadian entrepreneur Peter Munch.

There is a yacht club, a crew training center, a construction yard, a sports club, a conference center, and various entertainment activities. There is no analogue of such a yachting complex in the Adriatic Sea.

Despite the fact that the population of Tivat is the smallest in Montenegro, thanks to the complex Porto Montenegro and the airport in Tivat the highest level of wages.

You can go back to the city center from the marina by the Tivat embankment. For completeness of the picture it is worth visiting the Orthodox Church of St. Sava, built in the twentieth century, dedicated to the founder of the Serbian Orthodox Church.

Go upstairs and see the main city temple, the Catholic Church of St. Anthony of Padua, which is considered to be the defender of the city. From here you can also enjoy the wonderful view of the Gulf of Tivat.