Главная — About Montenegro — 5 legends of Montenegro

For many people, Montenegro is a country with endless golden beaches, an emerald green sea and a gentle sun. However, do you know what kind of secrets are hidden in this beauty?

1. The legend about the creation of Montenegro

According to a legend, at the dawn of time, when the created world was only a bare earth and a gray ocean, the God decided to decorate every corner of the planet in his own way.

Walking around the world, the God poured out his bag the rich seas and fertile lands, blossoming gardens and cool waterfalls, fast rivers and mighty forests, majestic mountains and northern snows. But as soon as the Lord stepped on the Montenegrin land, the bag had ruptured, endowing Montenegro with unique and rich nature and beauty.

2. The legend of the serpentine of Lovcen

The old road from Cetinje to Kotor, built in 1879-1884 on the Lovcen mountain massif, is a dizzying serpentine with 25 sharp turns. The road looks more impressive from above. 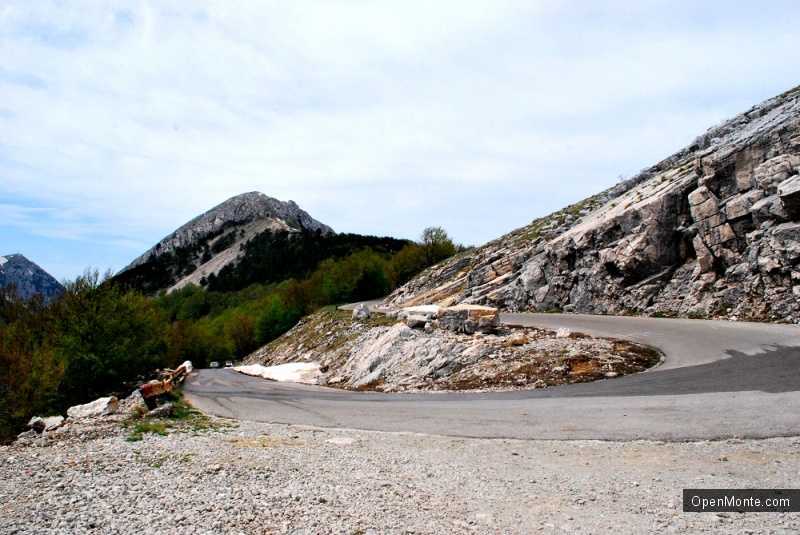 A stunning serpentine descend on a motorcycle. The view around you and the adrenaline in the blood is breathtaking!

Because of the fact that towns, ports and roads were actively built in Montenegro in those years, King Nikolas I hired a talented engineer Josip Slade, who designed structures all over Montenegro, including this road.

According to the legend, during the construction the engineer had the opportunity to get acquainted with the king’s wife, Milena, who came with her husband to the construction site. He was charmed by her and laid one of the road sections in the form of the initial letter of her name letter M. 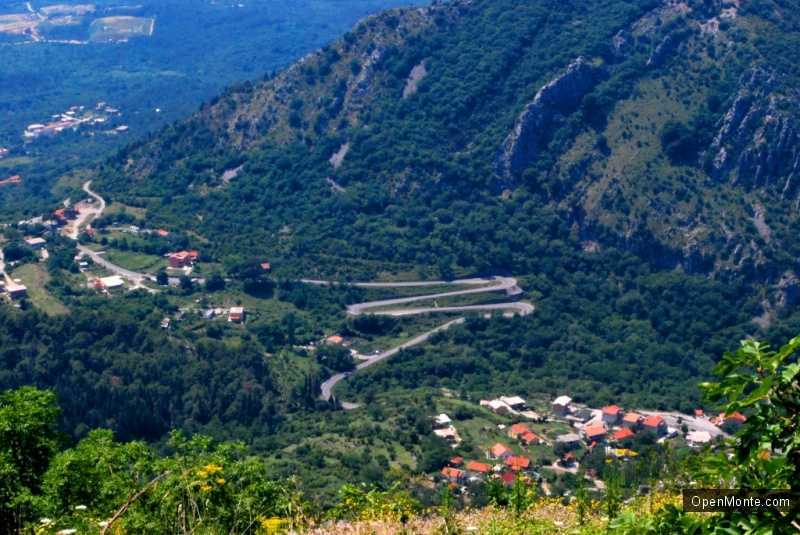 So the road was overgrown with extra scrolls. The King Nicola, in order to wash off his wife’s suspicions of treason in front of the people, gave to Milena an unusual section of the road by his own name “in order to perpetuate the memory of his beloved wife”.

3. The legend of the Egorov Road

Yegor Stroganov a man, originated from Russia, came to the monastery Praskvitsa (Praskvica) near the village of Chelobrdo on the Budva Riviera at the end of the XVIII century and stayed there to live.

Despite the fact that the new monk had only one hand, he decided to devote his life to the stone road construction from the sea to the village of Chelobrdo on the mountain. He took a vow of silence.

No one knew what secret Yegor kept in his heart. All the locals had to admire his daily hard work. However, the secret becomes clear eventually.

Another novice, a young monk Elisey, who came from Russia appeared in the monastery. He became a teacher for children from the neighbourhood villages. Everybody loved the young monk and were very upset when he got seriously ill. At the hour of death Elisey, asked to call Yegor. Yegor recognized Elisey as his only daughter Katherine.

It turned out that Yegor Stroganov, being an officer of the tsarist army, killed another officer in a duel, defending his daughter’s honor. Exactly that time he was wounded in the hand, which he lost later. Katherine, who fell in love with the murdered officer, ran away from her home after this event, and Yegor spent many years looking for her all over the world. 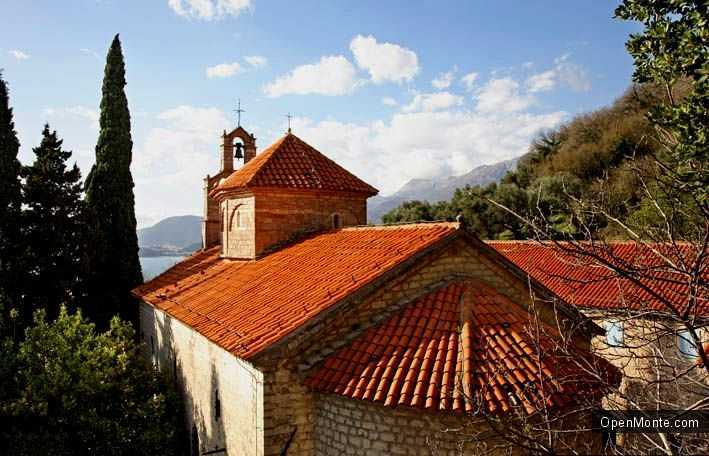 Katherine died after her reunion with her father, and Yegor continued his hard work, building stone stairs meter by meter. It took more than 10 years. Nowadays you can see a stone with a memorable inscription installed by grateful locals near the road. This story inspired Vida Ognjenovic the playwright. She wrote the play “Egorov the Way”, based on the true story, which was a success in Montenegrin theaters.

4. Legends of the Ostrog Monastery

The locals say that there are never any accidents on the steep mountain road to the monastery, because St. Vasily Ostrozhsky guards the place.

Its miraculous relics, which were kept in the monastery, attract believers from all over the world. The saint spent the last years of his life in the monastery. Today you can see a vine that grew right in the rock near his cell. 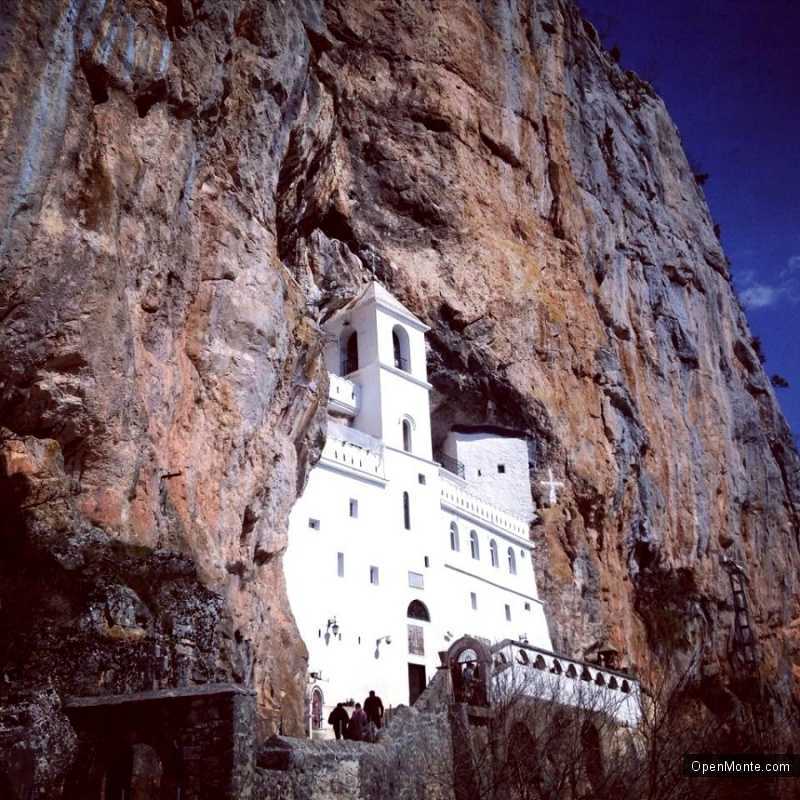 It is said that when the Turks ravaged the occupied lands and burned Ostrog in the XVIII century, a brother of the Montenegrin prince, Mirko Petrović-Njegoš and his soldiers, protected the relics of the Holy One from the desecration. The saint made them invisible to unbelieving enemies and it helped to pass through the Turks posts.

Later, the monastery was guarded by the holy forces during the Second World War, and the German bomb that was hit it, did not explode, but simply split into pieces. Its fragment is still kept in the monastery.

5. Legend of the creation of the island of Gospa Od Shkrpela (Gospa od Škrpjela)

A man-made island of Gospa od Shkrpela, which means “Еhe Mother of God on the Reef” is washed by the sea not far from the town of Perast in the Boka Kotorska bay.

According to legend, a small reef was located exactly in this place, where two brothers from Perast saw the icon of the Mother of God. The city authorities decided to create an island on the site of the reef and build a church to glorify the Mother of God after the citizens discovered the miraculous properties of the icon.

Ships had been sinking near the reef for many years, and each passing ship had to throw a stone at it. This island with an area of about 3000 square meters was built there. A beautiful church is one of the symbols of the Bay of Kotor was erected there.

There is a festival called “Fashinada” (Fašinada) is held on 22 July every year, the day of the miraculous discovery of the icon. During this festival people come to the island in a solemn procession on boats decorated with branches and throw stones at the base of the island. 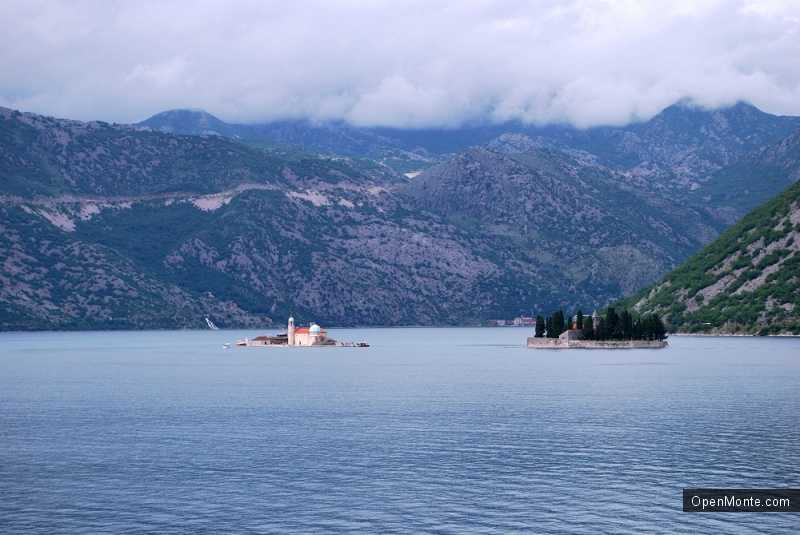 If you like Montenegro, you can read about how to move to Montenegro and learn interesting facts about Montenegro.