Tara’s character is turbulent: it flows between high rocks and impregnable mountain slopes, and only being closer to the confluence with Piva becomes calm and slow. The bottom of the river is pebbly, without silt, vegetation and algae, and the color of the water changes from emerald greenish to foamy white.

The Tara River flows through the northern part of Montenegro for 144 km. At its joining with the Piva River, it forms the Drina River, which flows into the Sava River. Tara feeds on the waters of small mountain rivers such as Lucica, Drysia, Draga and Vashkivska, and the waters of the beautiful waterfall Baylovic Sige, which falls from the Bucevica cave. 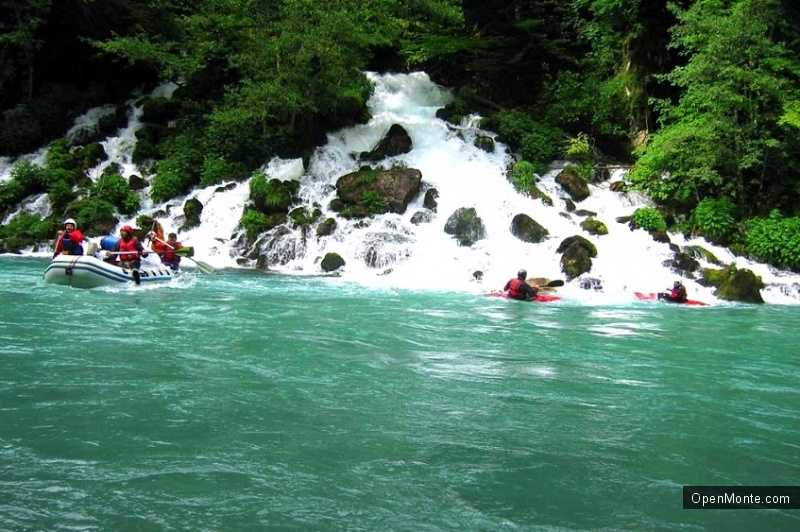 The water temperature in Tara almost never rises above 12 degrees even in the hottest months, but in winter it does not freeze. The water in the river is so clean that it is allowed to drink without cleaning.

Tara is famous for the fact that it forms the largest canyon in Europe, which is 82 km long and reaches a depth of 1300 meters. This canyon is listed as a UNESCO World Heritage Site and is part of the Durmitor National Park. It lies between the mountains of Zlatni Bor and Lubishnya on the one hand, and Durmitor and Sinyavina on the other. 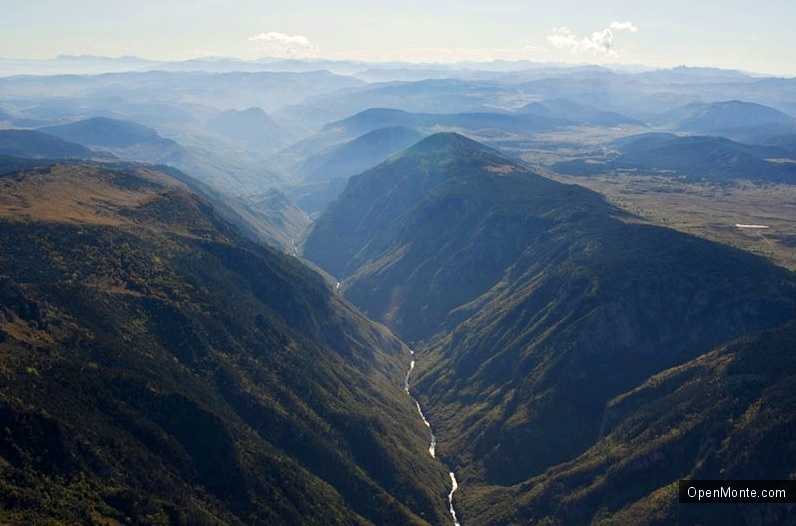 The canyon of the river Tara in Montenegro amazes travelers with its beauty and grandiosity. Along the canyon you can see pebble and rocky terraces surrounded by dense coniferous forests, high cliffs, small coves and sandy beaches. There are about 80 large caves on the slopes of the mountains near the river. 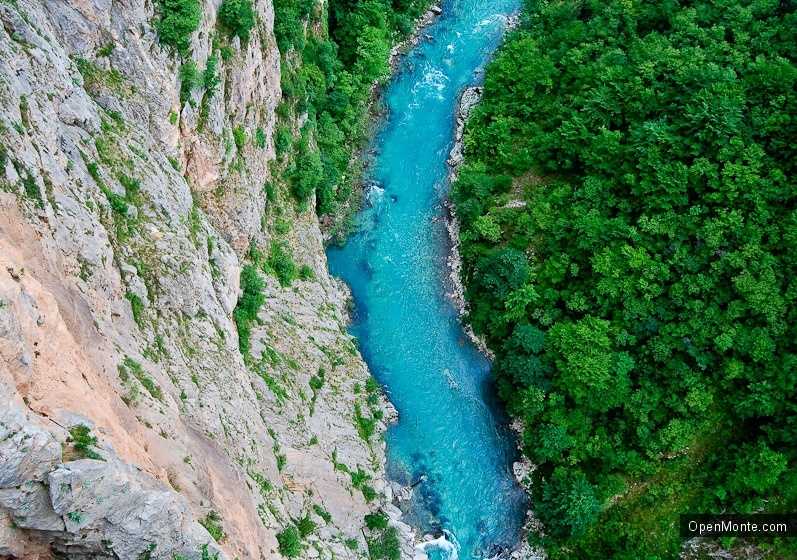 The canyon is full of endemic plants and animals, relict black pines, whose age reaches 400 years, grow in its primeval forest “Crna Poda”. Also there are black ash, oriental hornbeam, linden, elm, beech, cork oak, maple, fir and spruce,which grow here. Brown bears, wolves, deer, wild boars and wild goats can be found among the animals, and the bird world contains 130 species. The waters of Tara are full of fish. 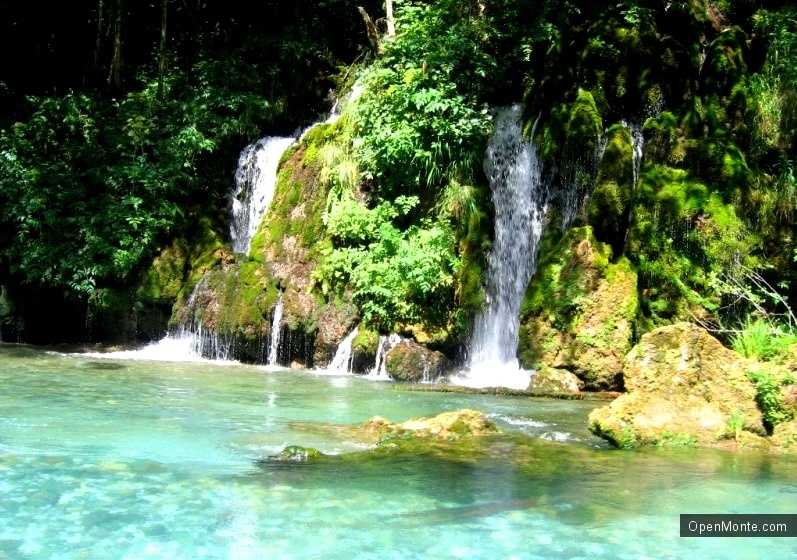 The canyon crosses the Djurdjevic Bridge, which was built in 1937-1940. It was the tallest road bridge in Europe before the beginning of the 2000s. The length of the five-arch bridge is 365 meters and its height is 172 meters!

Also along the Tara River you can see a lot of destroyed Turkish checkpoints and several orthodox monasteries. 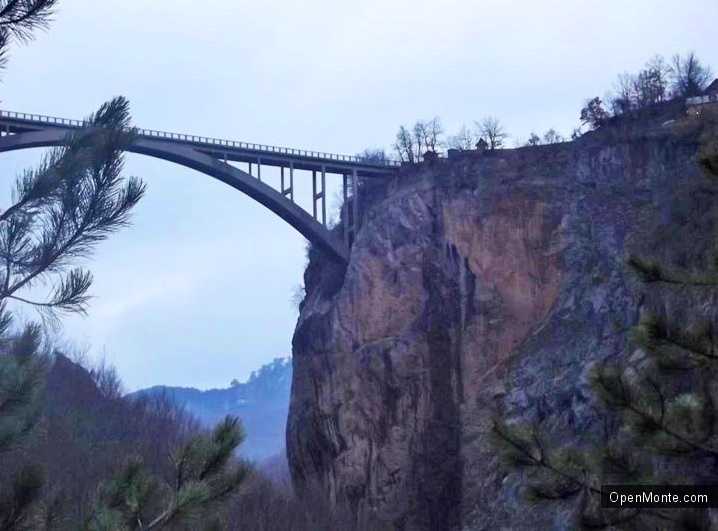 Extremals go to Montenegro especially for rafting on the waters of Tara. You can see here rafts, kayaks, inflatable boats during the period from May to September. The most popular route has a length of 60 kilometers; it is designed for one day and involves crossing 21 thresholds. The route can be really difficult and dangerous for beginners. 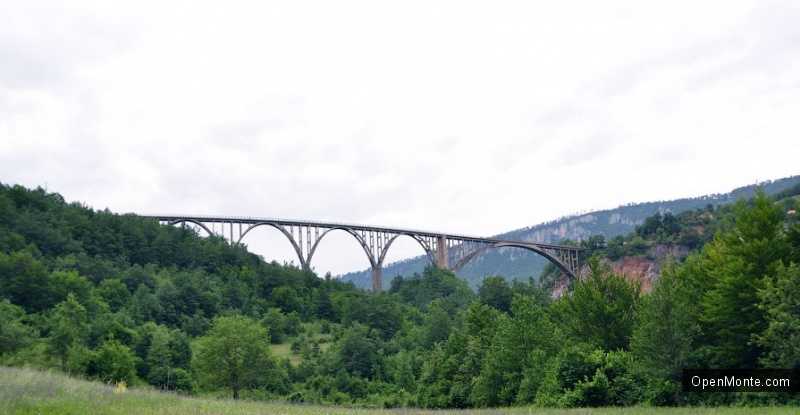 Many tourists come to Tara Canyon and Djurdjevic Bridge in summer – these places are one of the most famous sights in the country.