Главная — About Montenegro — An ancient town near the village of Komine

The remains of an ancient city, the name of which is still unknown to archaeologists, many people call “The Town of C”.

Two necropolises are open to the public near the village of Komine and the town of Pljevlja.

The mystery of “The City of C”

First mentions of Roman ruins in that area appeared in the 19th century, and soon the archaeological research began, but nothing is known about the results of this expedition. Therefore, the excavations of 1964, which lasted almost 12 years, are considered to be the first ones.

Scientists have determined the ethnic composition of the population, their economical and social ties, the level of cultural development and religious views, but this has not helped to gather a complete picture. Archaeologists did not know the exact name and time of origin of the City of C.

On the basis of several found written documents it is possible to assume that the city was built before 150 B.C. and was called Saloniana.

There were two necropolises at the site of excavation: the old one with burials of the burnt dead and the new one. In the old necropolis (1st-3rd centuries AD) burials look like round pits — some with ceramic urns for ashes, some without.

In the new necropolis (3rd — 4th centuries AD) burials look different. There are monumental stone structures with tombstones, which were decorated with steles and stone carvings. 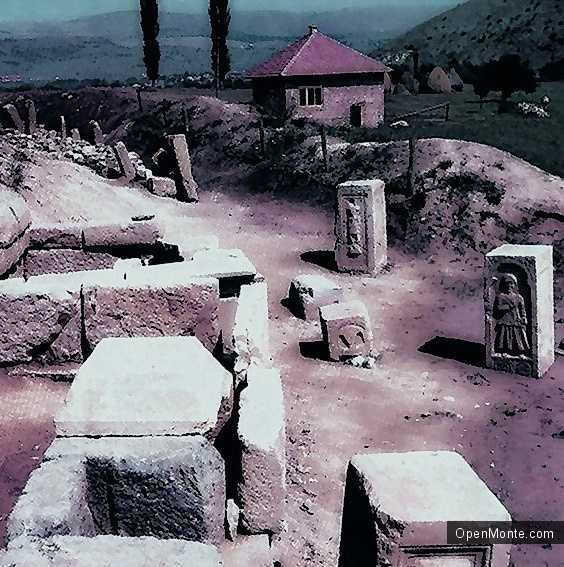 Most of the city’s population was made up of local people, but there were also immigrants from Dalmatia, northern Italy and the East. Pottery and stone-cutting were developed in the city, but precious metals, painted ceramic tableware and glass were imported.

Treasures of the City of C

Among the archeological findings, one diatretum (cage cup) stands out in particular. Diatretum in the Roman Empire was the name of a glass cup with an external glass “net” of another color, made of monolithic material. The bowl found in Komine has a transparent “body” and a bright blue layered “grid”.

Above the “grid”, there is a 19-letter inscription. One letter is damaged and the other split off, but this did not prevent the inscription “Vivas Panelleni Bona” from being restored. 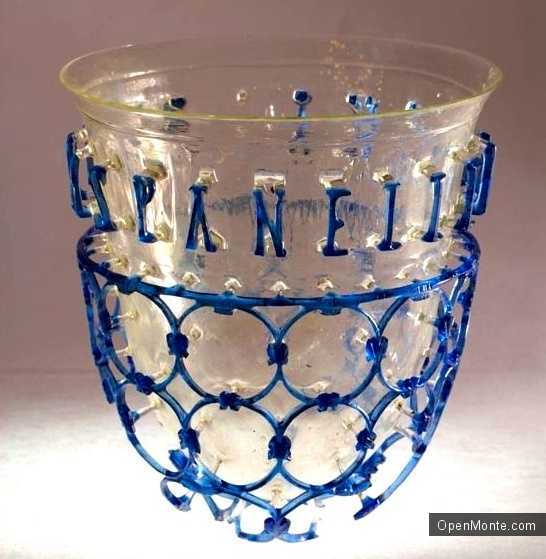 The intricately crafted diatretum has a name written on it — Panellenios. The bowl is 14.9 cm high, the diameter at the highest point is 13.3 cm, and the diameter of the stem is 3.7 cm.

Historians dated it back to the 4th or the beginning of the 5th century AD. It was made by one of the famous Cologne masters. The masters of diatreta were special to Roman emperors, because sometimes the master could only make one cup for their whole life. 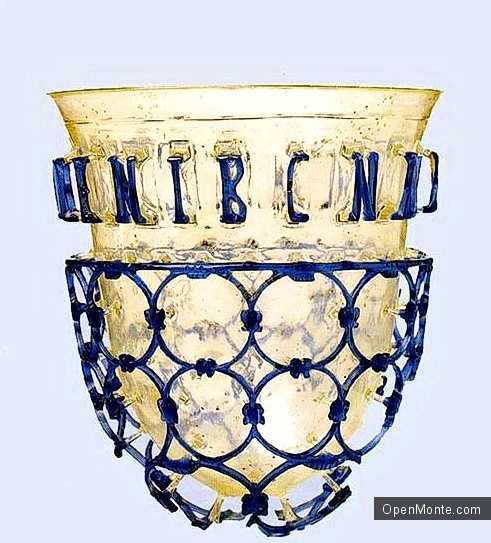 Despite using modern technologies and tools, German scientists could not make a diatretum that was similar to the ancient one in terms of technique.

A total of five such bowls were found in Komine. They were laying there for 15 centuries, they saw and heard a lot of things. Nobody knows whether they will ever be exhibited in Montenegrin museums or not.

In the 70’s archeologists hoped that Komine would have an archeological park, where people could see the tombs, altars and diatreta found… But today, in the beginning of the 21st century, it is still a dream. Maybe nowadays scientists will solve the mysteries of the ancient City of C.