Montenegrins have several important anniversaries in summer time. Tourists are not bored with the summer holidays in Montenegro, because there are various festivals and concerts in the country. We have gathered a list of summer events for you in case you have not surprised by big dates.

This holiday became an annual anniversary dedicated to the independence of Montenegro. A referendum on Montenegro’s independence and its withdrawal from the State Union of Serbia and Montenegro was held on 21th May, in 2006. Approximately 55.5% of voters chose independence for Montenegro.

The results of the referendum, which confirmed the decision to recognize Montenegro as an independent state, were published on 31 May. Montenegro officially published its declaration of independence on June 3, in 2006.

Montenegro was recognized by the majority of the world’s countries and international organizations in mid-June in 2006 and became the 192nd member of the United Nations on 28 June.

Until recently, the Wrestling Day was celebrated on 4 July. According to the decree of April 26, 1956, the holiday was considered to be the state holiday, and also had the second name “The holiday of uprising of the people of Yugoslavia” in the former Yugoslavia. This day marked the anniversary of the meeting of the Politburo of the Central Committee of the Communist Party of Yugoslavia, held on July 4, 1941 in Belgrade.

It was decided that an armed uprising was necessary to fight against the Nazis that time. The house, where the meeting was held, was later turned into the museum “July 4”.

The anniversary’s history has roots into Slavic culture, a little bit from the Western Catholic Church. It is also directly related to the main historical event of these regions – the battle on the field of Kosovo.

It is believed that the ancient Slavs dedicated this day to celebrations in honor of Svjatovit, who was the god of fertility and war. He was sacrificed, asking for a rich harvest and protection from enemies.

Girls were told fortunes, twined wreaths and launching them into the water on that day. It was believed that if the river “accepted” the gift and it did not drown in the water, the girl would soon get married. It was such a coincidence that the most important events for the Balkans related to the struggle for freedom and independence were played out on that day.

According to another version, it is need to look for the origins of Vidovdan in the veneration of St. Vitus. Vitus has accepted Christianity at an early age and has helped to cure the Roman emperor Diocletian.

He announced that he was not going to pray to the Roman gods, and angry Rome. He was arrested and was thrown to the lions, who did not touch him. Then the Roman authority has thought up other punishment – for fidelity Vitus to Christianity they has thrown Vitus in a cauldron with burning oil.

The Christian church, which has come to the Balkans, has decided to replace pagan holidays with church holidays. Every century the holiday was lost its urgency while on June 28, 1389 a well-known fight on a field of Kosovo had happened. 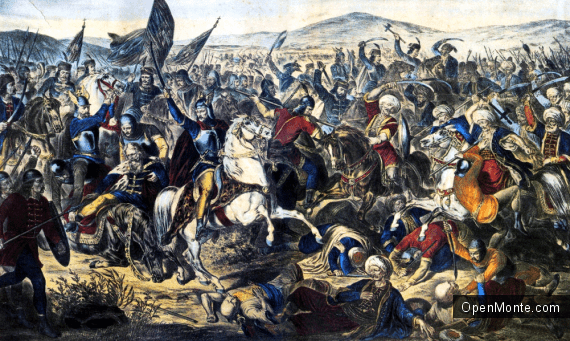 It is not clear whether Montenegrins took part in the battle or not. But today the Serbian Orthodox Church in Montenegro celebrates the anniversary of this battle, dedicating the day to St. Lazarus, the leader of the Serbian army.

Tthere is no celebration and singing on this day, only sorrow and respect for Lazarus and other fallen soldiers. The Turkish army won, but thanks to the feat of the Serbian army. The Balkans were able to preserve their own faith, culture and respect on the part of the Turkish invaders.

The main official holiday of the summer is July 13, when Montenegro celebrates the Day of State system (Powerhood) of Montenegro. Thanks to the Berlin Congress, Montenegro was declared the 27th independent country of the world in 1878. Also the popular uprising of Montenegro against the occupation troops of the countries of the Hitler coalition on 13th July 1941 began. 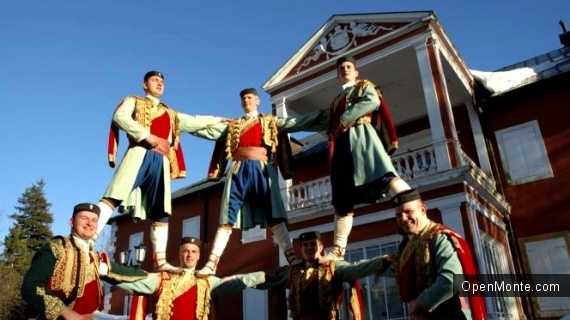 This and the following days are declared weekends. The state enterprises and many shops do not work.

The embassies of Montenegro celebrate 13th July all over the world. During this day famous artists and musicians make performs in the biggest cities of Montenegro, national dance competitions are held, fireworks are launched.

5. August 28 – The Day when Montenegro has being announced as a Kingdom

Between 1515 and 1851, the country was ruled by spiritual leaders. But the spiritual continuity was interrupted when Danilo I gave up his spiritual ministry and became the first secular leader of Montenegro. After his assassination in 1860, the power was inherited by Prince Nikola I Petrović-Njegoš. 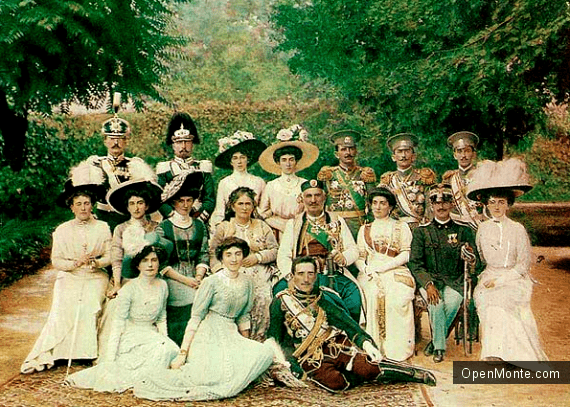 He reigned from 1860 to 1910, and then he became King of Montenegro from 1910 to 1918. On August 28, in 1910, on the 50th anniversary year Nikola’s I Petrović-Njegoš reign, in order to strengthen his power, Prince Nicola I proclaimed the Principality of Montenegro a kingdom, and became his first king.