Главная — About Montenegro — Herceg Novi – is the most beautiful resort, city of numerous staircases and gardens

This city is called Botanical garden of Montenegro because of numerous amount of the green and growing on its streets. There are many sights here and a centuries-old history.

You should remind that the name of Herceg Novi is related to the city, or to the whole Herceg Novi district (opština).

Herceg Novi is the most popular resort of Montenegro. It is situated on the Boka Kotorska bay and close Montenegro’s coastline. 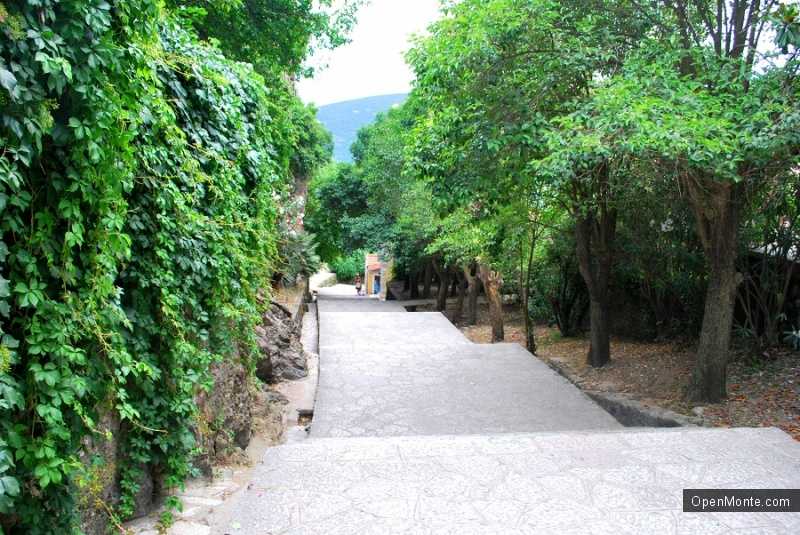 There are only few villages and after a state boarding with the Republic of Croatia. It is an ideal place to rest and improve the health of people. 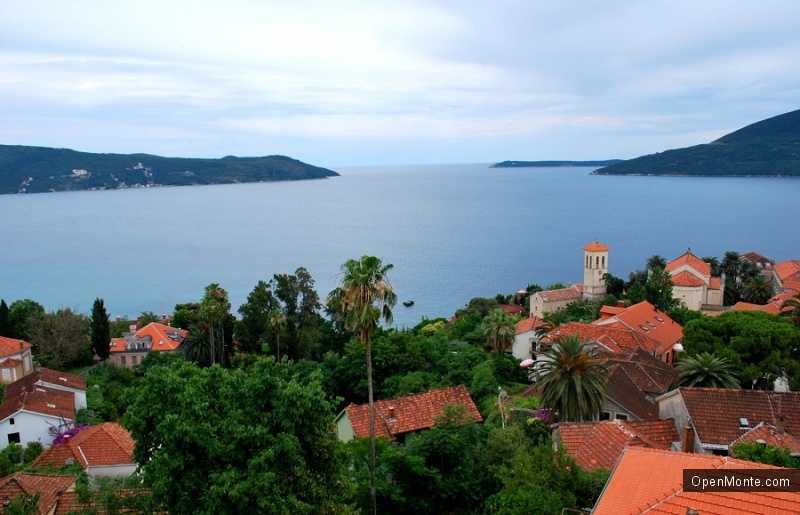 According to the archeological excavations in Oriena cave and on the Lushtica Island, people lived there in Neolith and in Early Bronze period. The city was established only in 1382 by the king of Bosnia Tvrtko I. 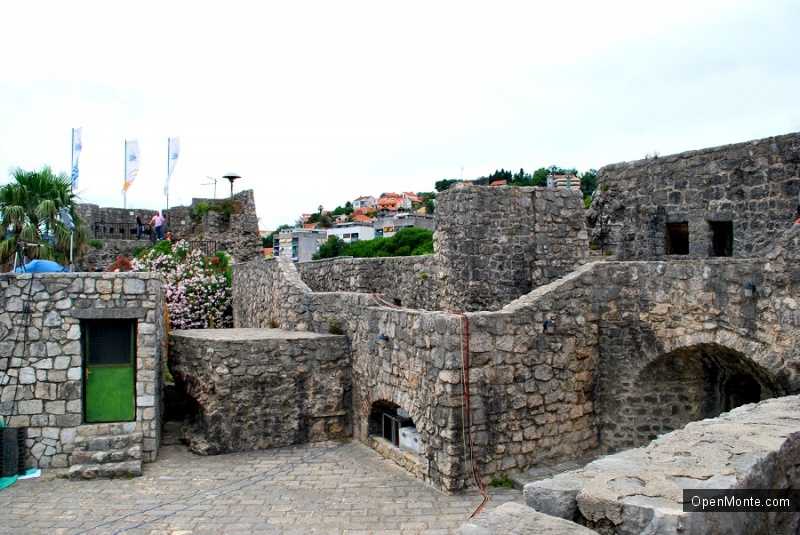 Tvrtko I called the city as Sveti Stepan, because of the fact that this city is the youngest city on the Adriatic coast, the worlds “Novi” or “Kastrum Novum” or “Kastel Nouvo” are added to it. The present name the city got in honor of a duke Stepan Vuksich Kosach (1404-1466) (in Montenegrin language – “herceg”). The city flourished during Stepan Vuksich reign. 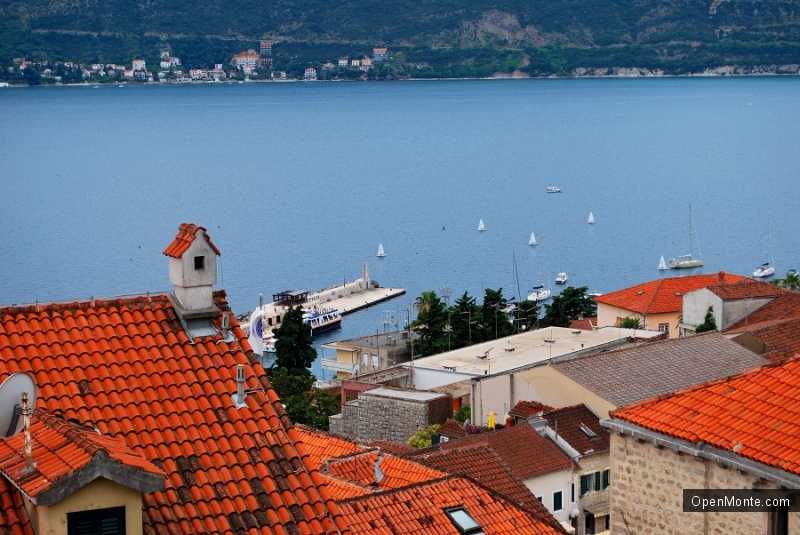 The new history begins on the day of the liberation of the city from the invaders – October 28, 1944. October 28 is considered to be not only the Day of Liberation, but also the Feast of the City. 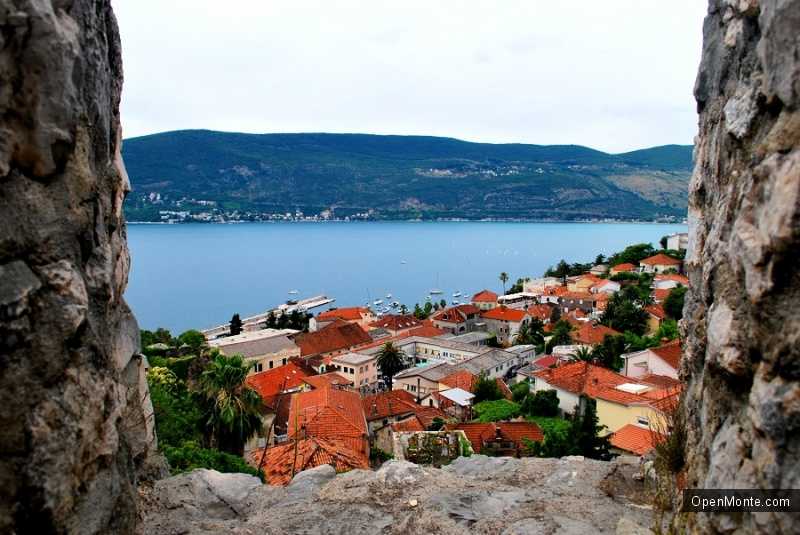 The structure of the city

The city, like a crossroad of the East and West, included the features of Christian and Islam cultures. Therefore the architecture is rather different here. 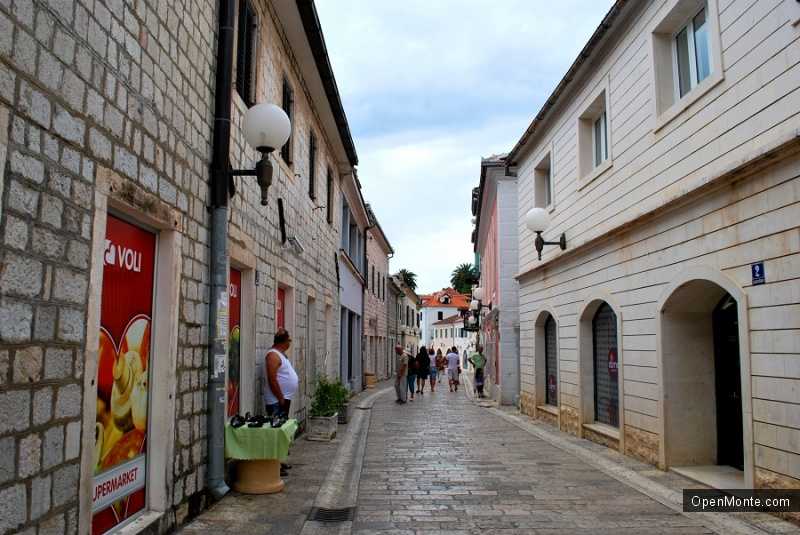 The city seems to fight to the nature, but people try to build their homes in mountain slope. 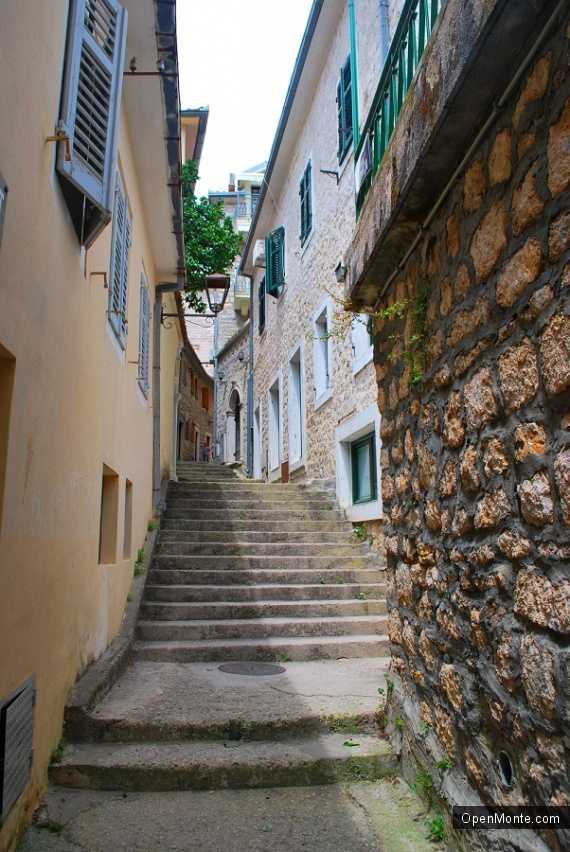 Nobody in the city could not count all the steps on the staircase, because the city is changing and its staircases are appearing and disappearing constantly. 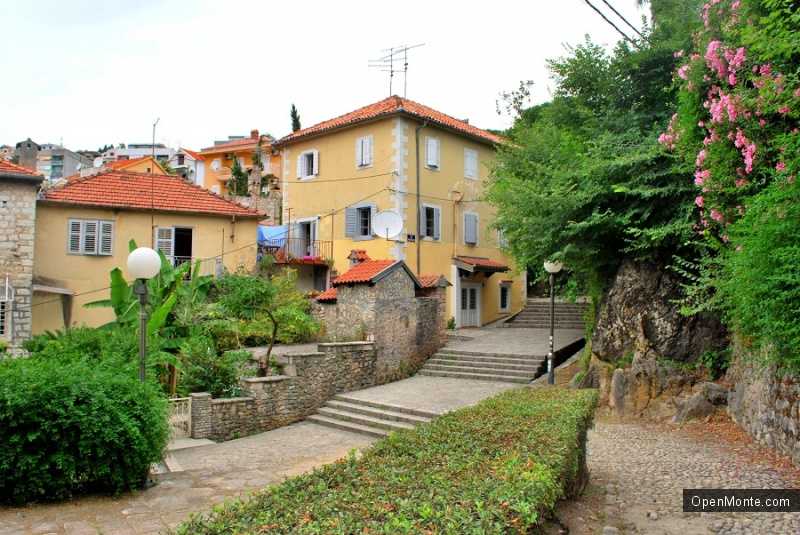 The ancient Naval Fortress (Forte Marais or Forte di Marais) is the first of the fortresses founded here at the end of the XIV century by King Tvrtko I. It was built right on the rocks rising from the sea. There are the coats of arms of Bosnian noblemen, imprinted in stone, which are saved in the fortress. 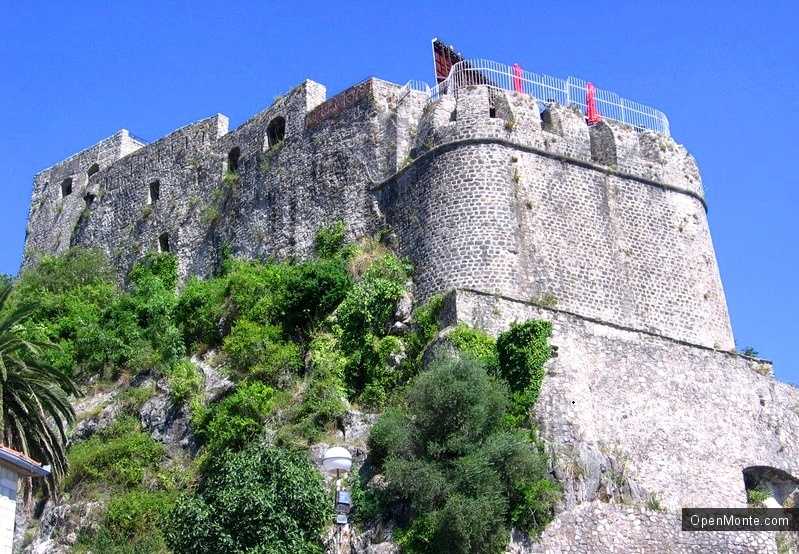 There is a spring with drinking water at the foot of the fortress, which in 1687 was blocked by Venetians to capture the city. On the marble memorial plaque above the spring there are poems by Alexa Santić, the genius poet of Bosnia and Herzegovina, about Boka (Boka Kotorska Bay). 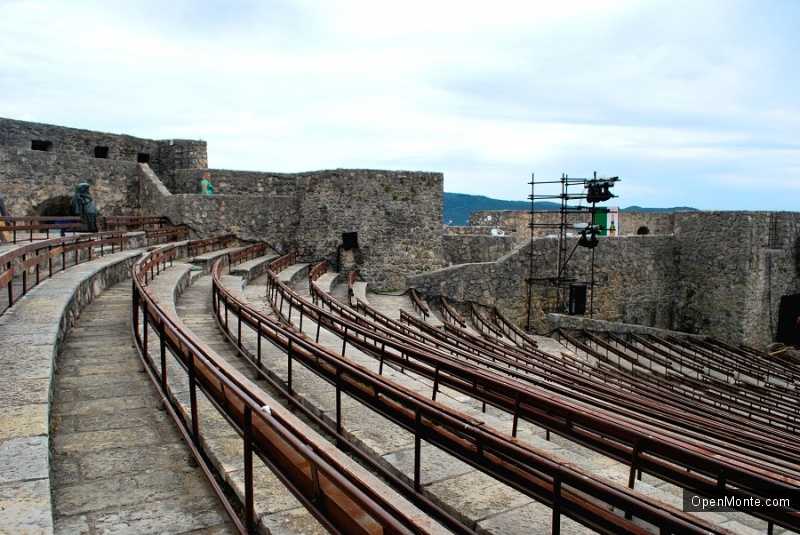 The Kanli Kula Tower (Bloody Tower or Porte di Terra) is a trail of Turkish domination. A water tank is at the base of the tower, which was later used as a prison. 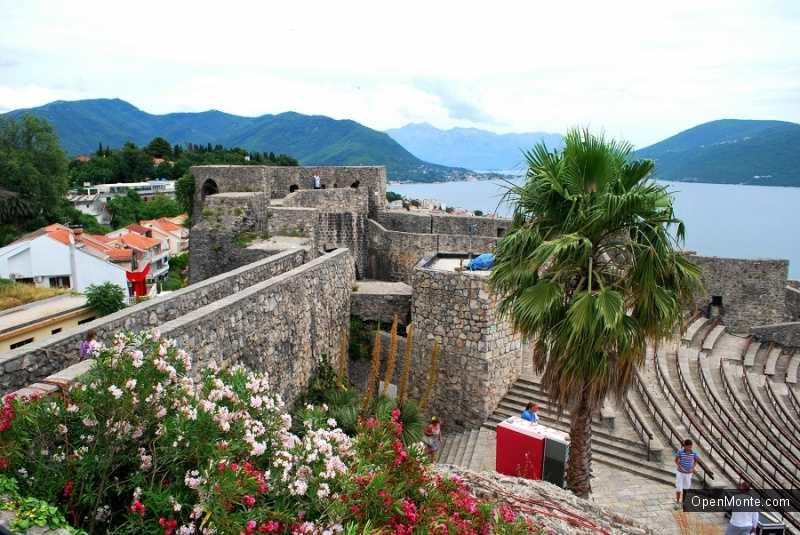 Nowadays, the tower is home to one of the best summer theatres not only in Montenegro, but also in the entire Adriatic region. It seats more than 1500 spectators and hosts many festivals.

The Clock Tower (Sat-Kula or Torah) was built during the reign of the Turks in the heart of the city. It used to be the city’s main gate with a lifting wooden bridge, thrown over the stream running to the sea. 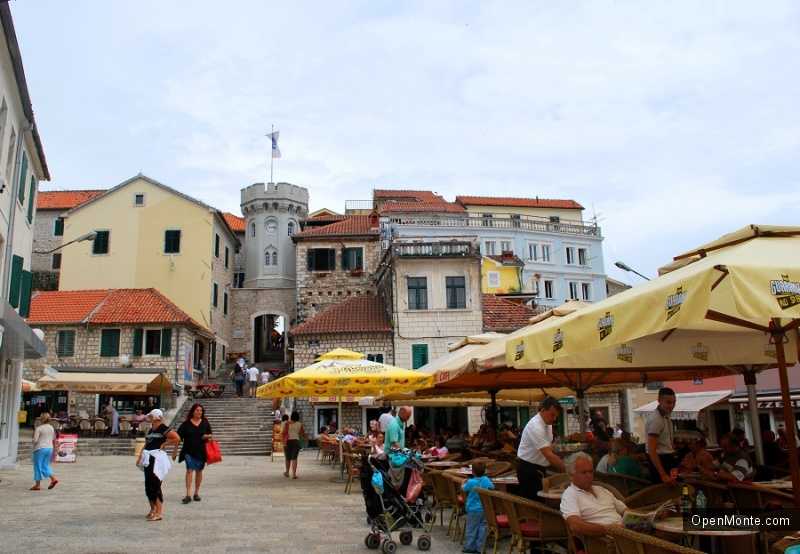 The Church of St. Archangel Michael 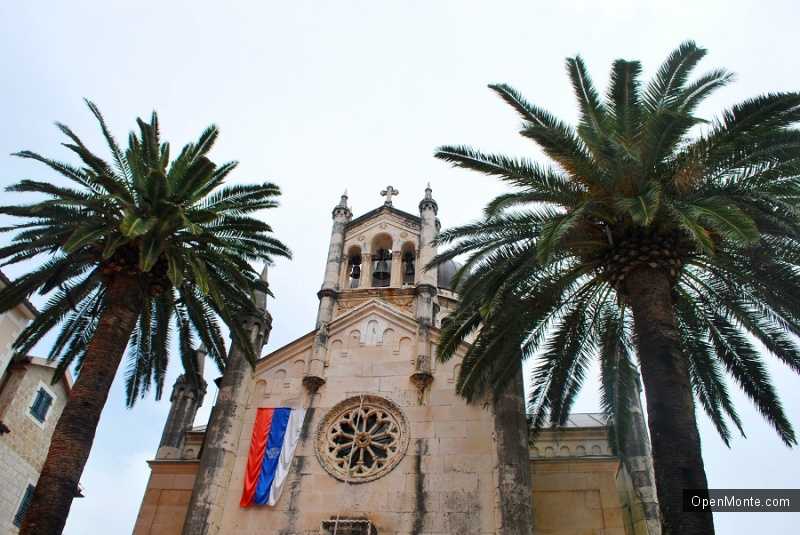 Go to Mamula Prison Island near the city. There is another fortress on the island, built in the 19th century by Austrians. 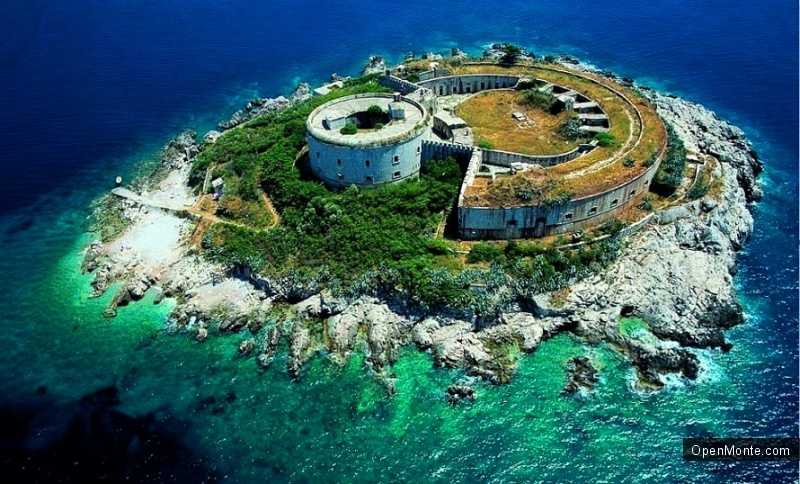 Savina Monastery – is one of the most beautiful monasteries in Montenegro, which is not far from the city. The monastery complex, built in the Baroque style, is located two kilometers east of Herceg Novi. 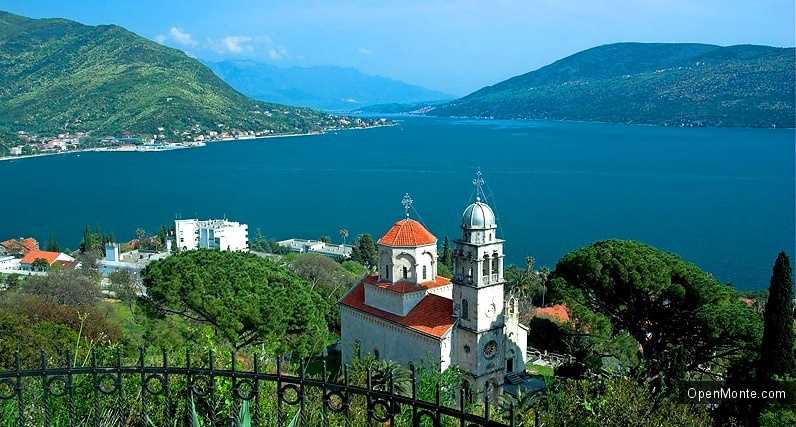 There is a small church of St. Sava and a large and small church of the Dormition of the Mother of God. The large church reminds of other Venetian-style buildings, such as the one in Dubrovnik (Croatia). 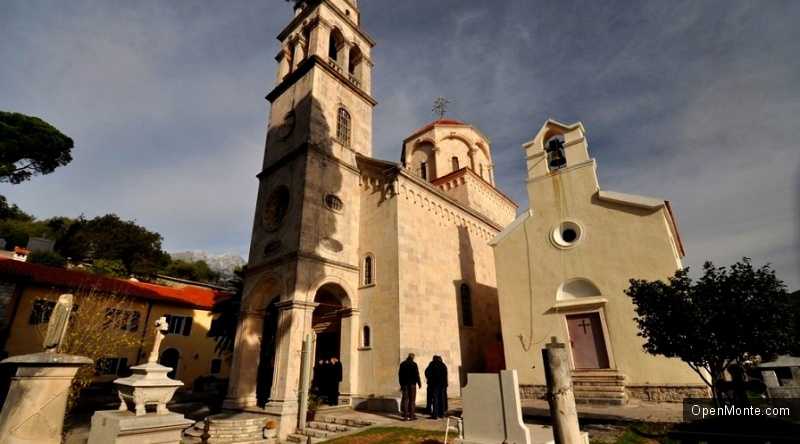 In this church there is one of the most monumental iconostases on the opština territory. The architect of the church managed to harmoniously combine the Byzantine traditions of urban planning and Western decorative elements, which later became known as the “Eastern Baroque”. Both the church and the iconostasis date back to the 18th century.

The parish church of St. Sava is located on a hill 300 meters from the monastery guest house.

The view from the church to the monastery and the Boka Kotor Bay is incredible. 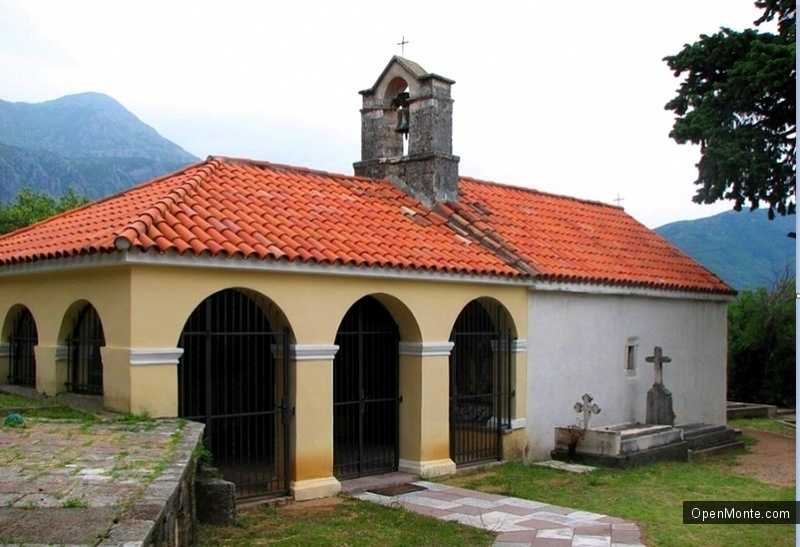 In the small church of the Dormition of the Mother of God found traces of frescoes in the Gothic style of the master, who painted churches in Kotor and Dubrovnik. And the Duke Stepan was personally responsible for its construction, and the city was named after him.

On the territory of Herceg Novi Opština there are 99 church objects, 74 of which are Orthodox, 14 are Roman-Catholic and only 11 are in the form of ruins. 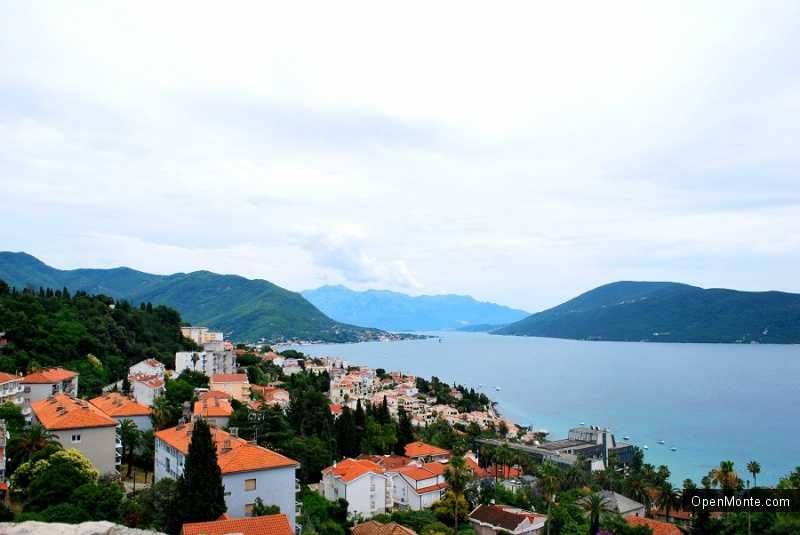 The beaches of Herceg Novi

There is only one small beach with shallow pebbles In Herceg Novi, which is about 30 meters long. During the season it is occupied by tourists, while the rest of the coastline is completely covered with concrete. The coastline was preserved after the earthquake by covering it with concrete.

But you can find a beach for all tastes in the countryside of the city.

On the Luštica peninsula, just 6 km from the city, there is a beautiful Žanjice beach, covered with white pebbles and surrounded by olive groves. 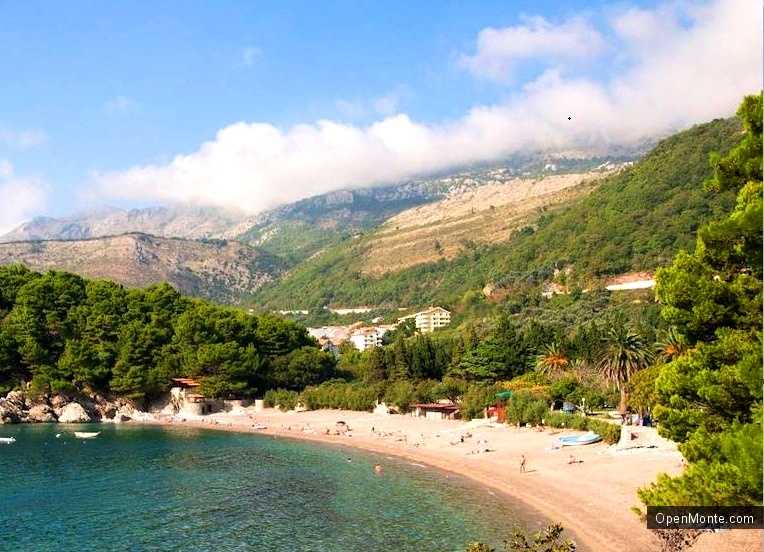 The beach is 300 m long and 15 m wide. It can accommodate about 1000 guests. During the season, a scheduled boat arrives here many times a day (check the schedule on the coast in Herceg Novi). 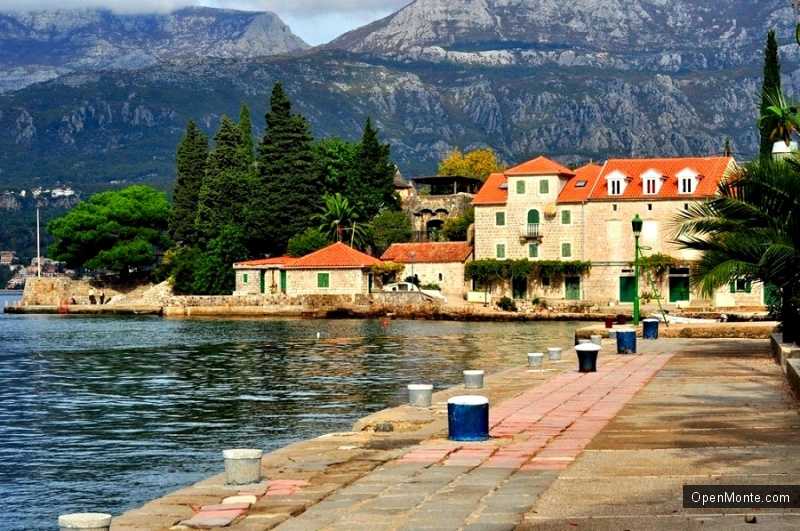 It is also possible to arrange with a private person and he will take you from the beach and pick you up at a convenient time. 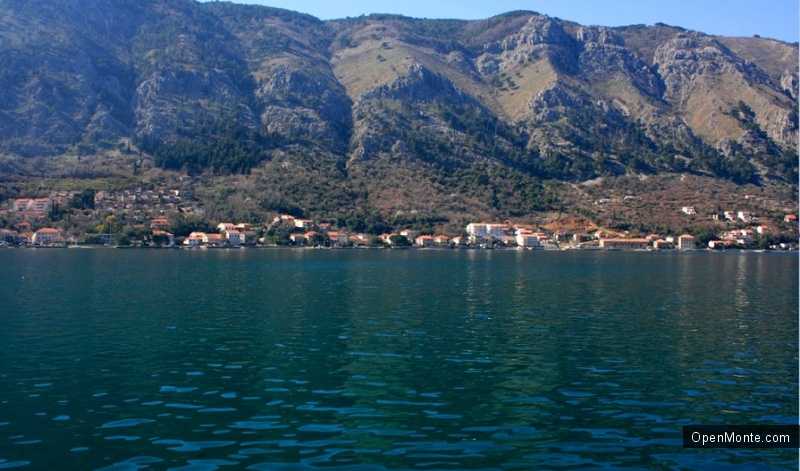 There are several restaurants near the marina, which offer Montenegrin and European dishes. There is St. Jovan’s Church near the beach; if you get there, don’t forget to dress up accordingly. 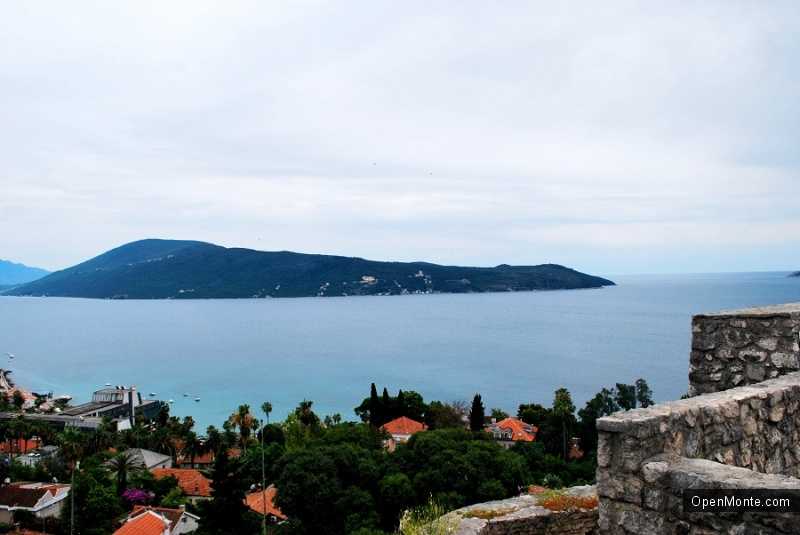 Rose Beach is also on Luštica. The sea here is surprisingly clean and transparent, there are not many people on a small sandy beach, and it is also great to dive here. 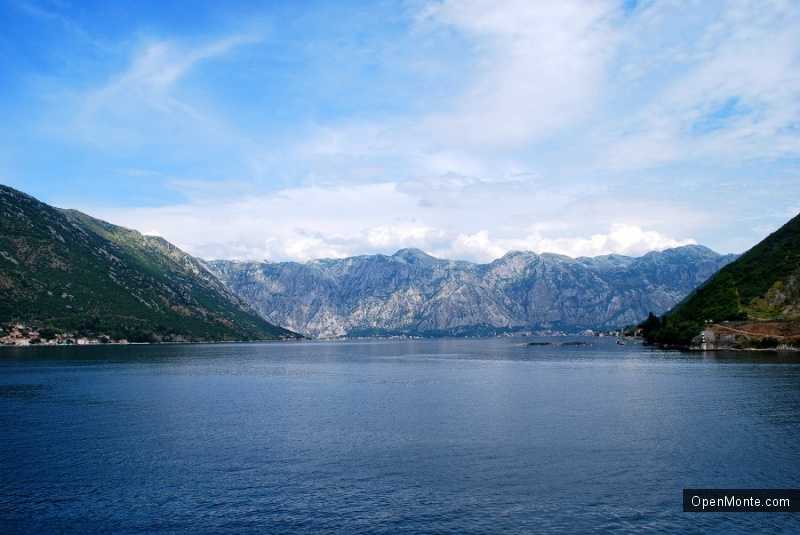 Rose is a fishing village that can boast with an ancient history. Most of the buildings here date back to the 17th – 18th centuries, during the heyday of navigation in the region. There is the Orthodox Church of St. Trinity with an ancient cemetery, where the famous captains are buried, and the Catholic Church of St. Gospel, built on the money of the Venetian general. 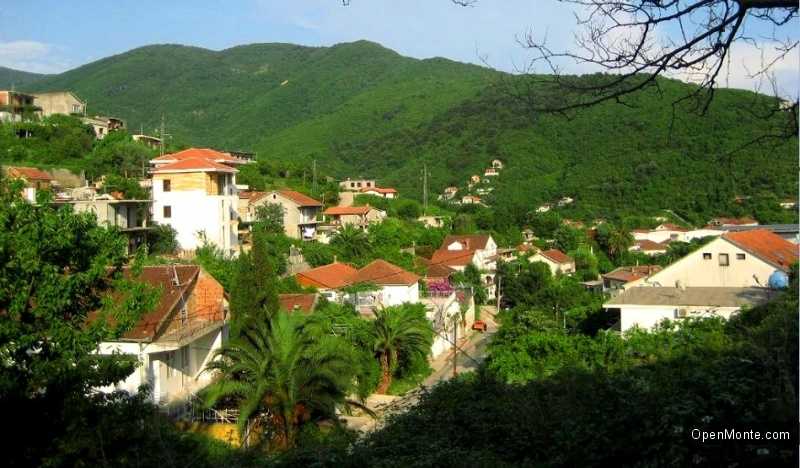 There are other beaches around, such as Nivice, Meline, Zelenika, Galeb, Igalo, Kumbor and many others. Many of them are marked with the international “Blue Flag” sign for their excellent condition. 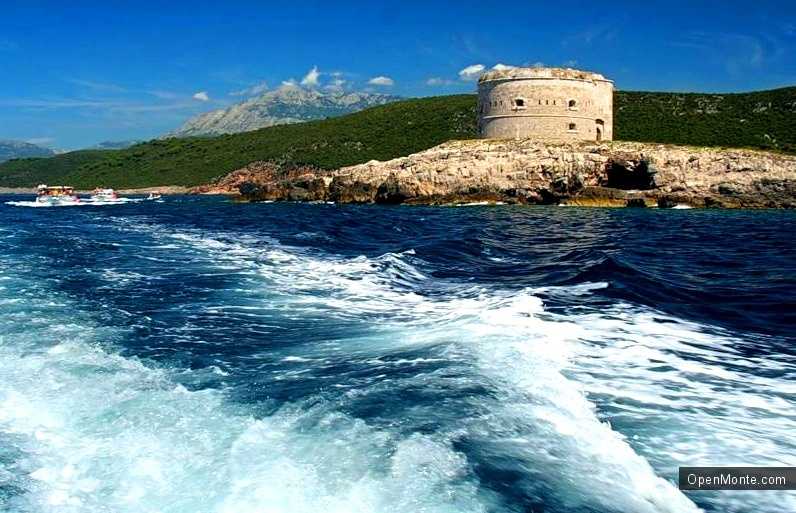 The Blue Cave (Plava Špilja) is on Luštica, near the Golden Bow, at the bottom of the 30-meter high rock. There are two exits to the Plava Špilja.

The vaults inside are semicircular and the depth of the sea reaches 3-4 meters. 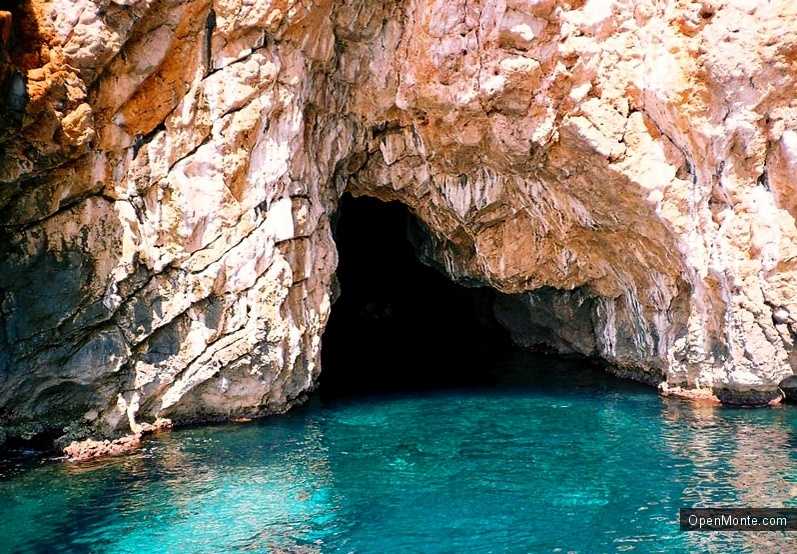 In the morning, on sunny days, the rays enter the cave through a small exit, are reflected from the sea surface and give the water and vaults a gentle blue tint. Any conversation here is immediately picked up by multiple echoes. 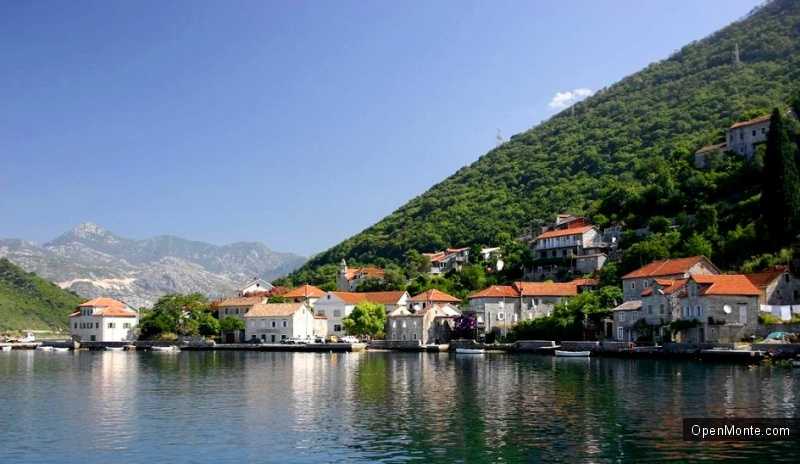 Tourists get to the  Plava Spilja on small boats, in a purpose of sailing in this incredible water.

The village of Igalo is only 7 km away from the city. It is known in Europe as much as Herceg Novi himself. The country’s largest treatment and rehabilitation institute Igalo is located exactly in this village. There diseases of the musculoskeletal apparatus, neurological diseases, etc. are successfully treated. 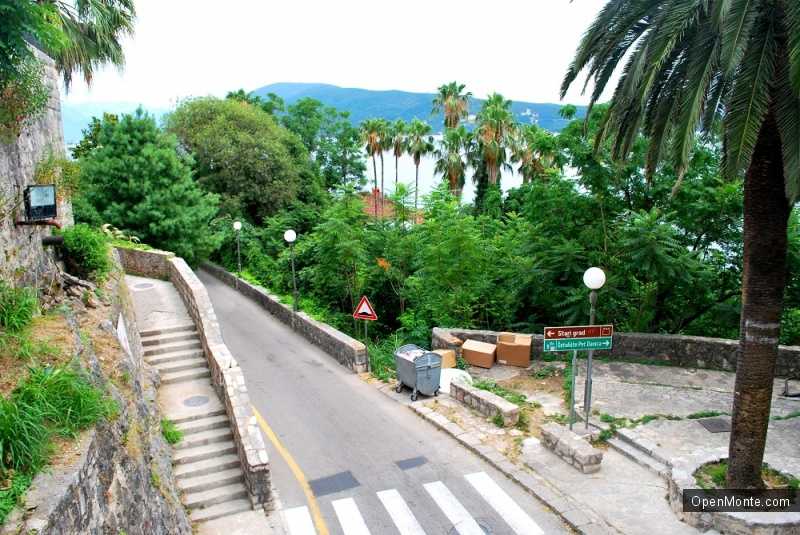 This video, shot with love for Herceg Novi, will give an excellent idea of the city and its countrysides.